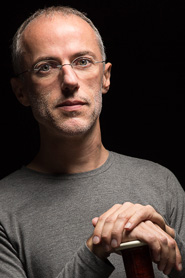 Education: students are the greatest teachers!

Passions: being curious of everything | traveling to Greenland, Usbekistan, Oman, Lesotho | mountain climbing on Kilimanjaro, Großglockner, Alpamayo chico, Kang Yatze | assisting in the unfolding of my students full potential

Always searching for: new insights about teaching | bassoons that can be adapted to students hand and body sizes | inspirating through books | recreation in nature

After operating with cool refrigerating machines and air conditioning grills, Gilbert Hirtz picked up his bassoon and studied music to be a warmhearted teacher. As a real all-rounder he likewise feels at home with the oboe, saxophone, clarinet and flute.

He is not a person of many words. So he let his students talk for him (who usually win the first prices in nationwide competitions) and the music he composes and arranges. Internationally he is best know for the only available method for the tenor clef “The Key to Tenor Clef”. Not many words in it, but lots of music… 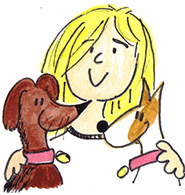 Astrid Seemann was born with many funny ideas in her head and tries to bring them to paper with colourful pencils ever since. She loves painting and also dogs, cats, guinea pigs and cows. So she became a veterinary.

Astrid Seeman is a passionate bass player, but luckily she likes bassoonists too. They also make nice sounds and good mood as well.
In the picture you see her with Ylvi and Nelli, Models for “On a Sailboat”.

The bassoonist Christoph-Marion Veit is a successful reedmaker and provides great mouthpieces for little students as well as for pros in philharmonic orchestras. His company BestReeds was founded in 2008 and today he ships his nice little boxes with all handcrafted reeds in more than 30 countries.

Christoph-Mario Veit studied bassoon in Munich and Salzburg and worked as an orchestra player for many years. He played in the Bayerische Staatsoper München, in the Rheinische Philharmonie Koblenz and in the Philharmonisches Orchester Augsburg. He received grants from Villa Musica and the Michael Roever Stiftung (Germany).

Christoph-Mario Veit has a bassoon-class for kids in the Vienna State Music School. He loves teaching and his students love bassooning. In his studio all the Anselma Music books were subjected to the hard real-life endurance test by his students. He is the COO of Anselma Music and the allround talent in trouble-shooting for the business. 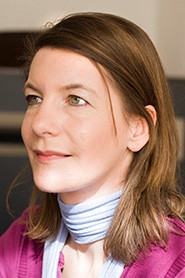 Karin Holzschuster is a proven expert in teaching bassoon and guitar – not only does she take on one by one student, but also teaches a whole company of students at the same time. She conducts a guitar-orchestra with 35 guitarists and before concerts she does not hesitate to check if all 210 strings are perfectly in tune…

Karin Holzschuster studied bassoon and music pedagogy (majoring in guitar) in the Graz Music University. Already before graduating she was appointed in two renowned music schools. She experienced that teaching guitar was comfy due to a huge amount of lovely books and heaps of nice music. Teaching bassoon was oh-so-Weissenborn. 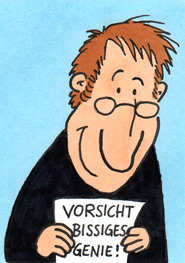 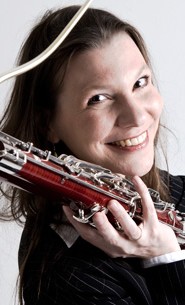 Anselma Veit studied violin, bassoon and music pedagogy (majoring in piano) at the Music Universities in Salzburg, the Mozarteum and Vienna, as a guest student at the Conservatoire National Supérieur de Paris and privately in New York City. She made further studies in jazz-composition (piano and arrangement) with Monika Lang. She graduated in all studies with distinction and highest scores.

She qualified for getting grants from the Mozarteum Salzburg, from the European Union (Erasmus Stipendium) and the Banff Centre for the Arts, Canada. Moreover, Anselma Veit holds qualifications in writing copy and she is NOT a morning person. She put up several websites on her own, including this one.

For many years she has been teaching the bassoon in the Vienna State Music School. Umong her students are a bunch of brave and stunning prize winners in national kids and youth competitions in solo performance and in chamber music. She successfully prepared young people to studying the bassoon as a pro at the University for Music, Vienna.

Anselma publishes essays about teaching, practicing, being human and other bothersome stuff. She has written commissioned pieces for private individuals and organisations such as the Australasian Double Reed Society and Jeunesses Musicales Suisse. Her sheet music and compositions for oboe and bassoon are recommended by the Confédération Musicale de France (CMF).